At the time of the 1991 Berkeley-Oakland Hills firestorm, Raphael Shevelev was Chief Photographer of the Fire Art Project, a multimedia undertaking by local artists to capture and convey the experience of this catastrophe. Over a period of two months, he went daily to the burn area to photograph the aftermath of the fire. His focus was on the pathos of individual loss on such a vast scale, and the eerie beauty of the forms left behind by the fire. The original show of his photographs, Vulcan’s Craft, was exhibited at the Mills College Art Museum on the first anniversary of the fire, and resulted in his being elected a Fellow of the Royal Photographic Society of Great Britain. This book marks the twenty-fifth anniversary of the firestorm.

These black-and-white photographs are in that territory that the poet Rilke describes in the first Duino Elegy, when he says, “What is beauty but the edge of a terror we can scarcely endure?” and concludes this thought with the awesome line “Ein jeder Engel is schrecklich” – Every angel is terrifying.

I got up early to read the book carefully and have done so three times. It is simply outstanding. The photographs are moving and beautiful. The text is moving and personal. There is compassion in the beauty of the text and photographs. This is not the work of an impartial voyeur.

It’s masterful. There is no other way to describe it. The writing and the layout and the images all complement each other perfectly. The introduction so completely sums up what it meant to have experienced such a tragedy and is written with such sensitivity and grace.

Following serious illness and coronary artery bypass surgery, Raphael Shevelev spent months watching the progression of light inside the confinement of his home, light and shadow constantly changing and modeling all the ordinary objects surrounding him. Seeking illumination as a photographer, he also discovered the therapeutic powers of light as a means to engage his mind and help to heal his body and soul.

"Raphael Shevelev's Light and Recovery takes us on an introspective journey from surgery to wellness, from hospital to home, from darkness into light, both figuratively and literally thought the shifts of tone in his extraordinary photographs. In refraction, reflection, shadow and transparency, he finds the metaphors by which life is reintegrated, moving towards healing and, finally independence. These lyrical light-poems illuminate single moments of domestic life and yearning, bringing out subtly and poignantly the importance of human connection in a time of enforced seclusion.

"Raphael Shevelev's Light and Recovery is so elegantly written it matches the rich tonal range of that smooth, subtle and lovely black-and-white negative film Panatomic X - a large-format sheet of it that Raphael placed in his mind, exposed, and then carefully developed into thoughts on the page. . . It documents how image making brought Raphael through open-heart surgery and into recuperation. In recovering his life, he has helped us discover the remarkable qualities of light that are the essence of photography.

Lonny Shavelson, M.D., author of  the photodocumentary Under the Dragon: California's New Culture

Liberating the Ghosts: Photographs and Text from the March of the Living. By Raphael Shevelev with Karine Schomer. 59 black-and-white images, an introductory essay on "Hope and the March of the Living" and excerpts from the writings of participants. Foreword by Michael Berenbaum. Awarded "Best Books for Young Adults by the American Library Association and the New York Public Library. 129 pages. LensWork Publishing, 1996. Paperback.

The event upon which Liberating the Ghosts is based, the March of the Living, brings thousands of young people from a number of countries to Poland in the company of educators and survivors, to be confronted with the evidence of the Holocaust. They come to learn, to feel and to understand. They also come to mark Yom Hashoah  (Holocaust Memorial Day) with a silent march retracing the infamous three–kilometer Death March from Auschwitz to the gas chambers of Birkenau. The March of the Living, now an annual event, is a living memorial to the victims and a model for learning. At once commemorative and educational, it is oriented toward hope and the future as well as to remembrance of the past.

Raphael Shevelev and his wife Karine Schomer accompanied the March of the Living in 1994 under the sponsorship of the Judah L. Magnes Museum to create a photodocumentary exhibition and book about the event and its significance as an act of homage and remembrance to the martyrs of the Holocaust. Determined to create a body of work that would draw something from the abyss and portray a seed of hope from the historical experience of catastrophe, Shevelev focused on photographing the reactions of the young people to the sites of the Holocaust rather than only the sites themselves, and interwove the photographs with excerpts from the young people's journals.

"While most works on the Shoah leave one in desapir, Liberating the Ghosts sets out to portray a seed of hope, and succeeds triumphantly."

"Through these sensitive pictures, and the writings of the participants, you will share a glimpse of their experience, and have a sense of what awaits you on such a journey. Raphael Shevelev's stunning photographs, and the deeply expressive words of the youth, document a pilgrimage. They are an invitation to make a pilgrimage of your own."

"I know of nothing like this: a memorial and a celebration of life, a blending of the written word and the imagined workd, photographs taken on the March of the Living showing the journey of the young, survivors, rescuers at Auschwitz-Birkenau, Treblinka, Majdanek - the kingdom of death. These are the living, captured by Raphael Shevelev, whose eye in the viewfinder sees beyond the fifty hears. We are left finally with the faces of the youtn as they confront the past in pain, in prayer, in silence, and in hope."

Robert Ross, author of So It Was True: The American Protestant Press and the Nazi Persecution of the Jews

Raphael Shevelev was commissioned by Aperture to write the biographical essay for this definitive retrospective monograph of Wynn Bullock's photography. He was given access to Wynn Bullock's photography studio, personal library and private papers in Monterey, California. The essay is an original intellectual biography based on primary sources as well as an appreciative inquiry into a fellow artist's vision and aesthetic philosophy.

"Bullock considered himself an intuitive photographer, by which he meant a contrast to one who deliberately, by intellectual forethought, brings the whole weight of his accumulated learning to bear on the making of each photograph. The philosophy was not created as a fundament to support each image; it was something that evolved  out of, and together with, the making of his photographs. . . Perhaps Bullock's most important legacy was the exhortation to risk and to create a journey from biological to spiritual vision. Not "I see, therefore I understand," but "I think, therefore I see." In this volume, he reveals to us an enchanted landscape, not of trees, rocks, and ocean, but of a mind and soul upon which was cast the magic spell of his own searching spirit."

Raphael Shevelev, from the biographical essay in Wynn Bullock: The Enchanted Landscape 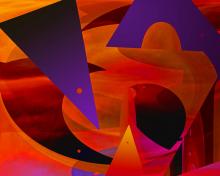 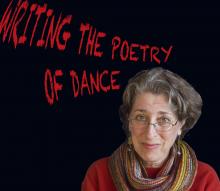