As a little boy walking on an Indian Ocean beach more that 70 years ago, I was told that if I held a larger concave seashell to my ear, I would hear the sound of the ocean. Unsurprisingly, I did, though I might have had the same effect from holding any vessel to my ear while strolling at the edge of the waves. Later, when a friend acquired a violin, I wondered whether the music played on that instrument would so permeate its being, that careful listening could detect those distant sounds. If the violin were a Stradivarius, could one hear Paganini, Menuhin, Kreisler, Stern and many others leave traces? Taking it a step further, might it be possible to hear music in the bones of every instrument? In this image, my wife Karine holds her guitar's body close to her left ear. Is she hearing Julian Bream, Pepe Romero, Andres Segovia, Joan Baez, Ana Vidovic and her own strumming leaving traces? I hope so. 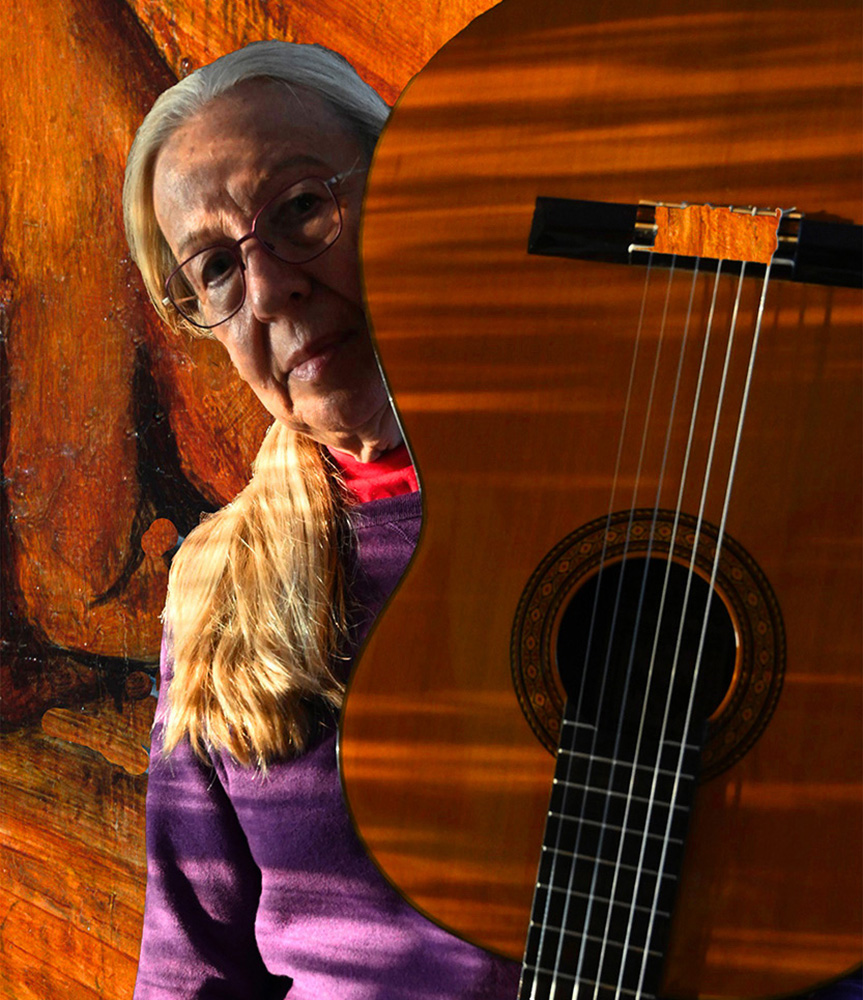